About Morten and Jonas

Norwegian designers Morten Skjærpe Knarrum and Jonas Norheim are known eponymously as Morten & Jonas. Both born in 1980 they met during their studies. They established their studio in Bergen, Norway in 2011 after receiving their master’s degrees from the Bergen Academy of Art and Design that now has changed name into Faculty of Fine Art, Music and Design, University of Bergen. They are now located just outside of Oslo, where they have established the studio of Morten&Jonas.

The designers’ cutting-edge furniture and lighting designs are sparked by curiosity and imagination, but characterised by irreverence and wit. Their design approach is the basis of designing ideas together with technicians, the materials and their manufacturers. Challenging status quo, rigid ideas about processes, products and relations are in the center of their work.

Morten&Jonas collaborates with a number of producers such as Northern, Bolia, Fora Form, Mitab, Lignet Roset, Warm Nordic among others. They are also designers in the norwegian tv show «Tid for hjem» at one of Norway biggest commercial tv-channels TV2.

Since 2016 they have also worked with design direction at the norwegian lifestyle brand Northern, where they also have launced several lamp and furniture objects. 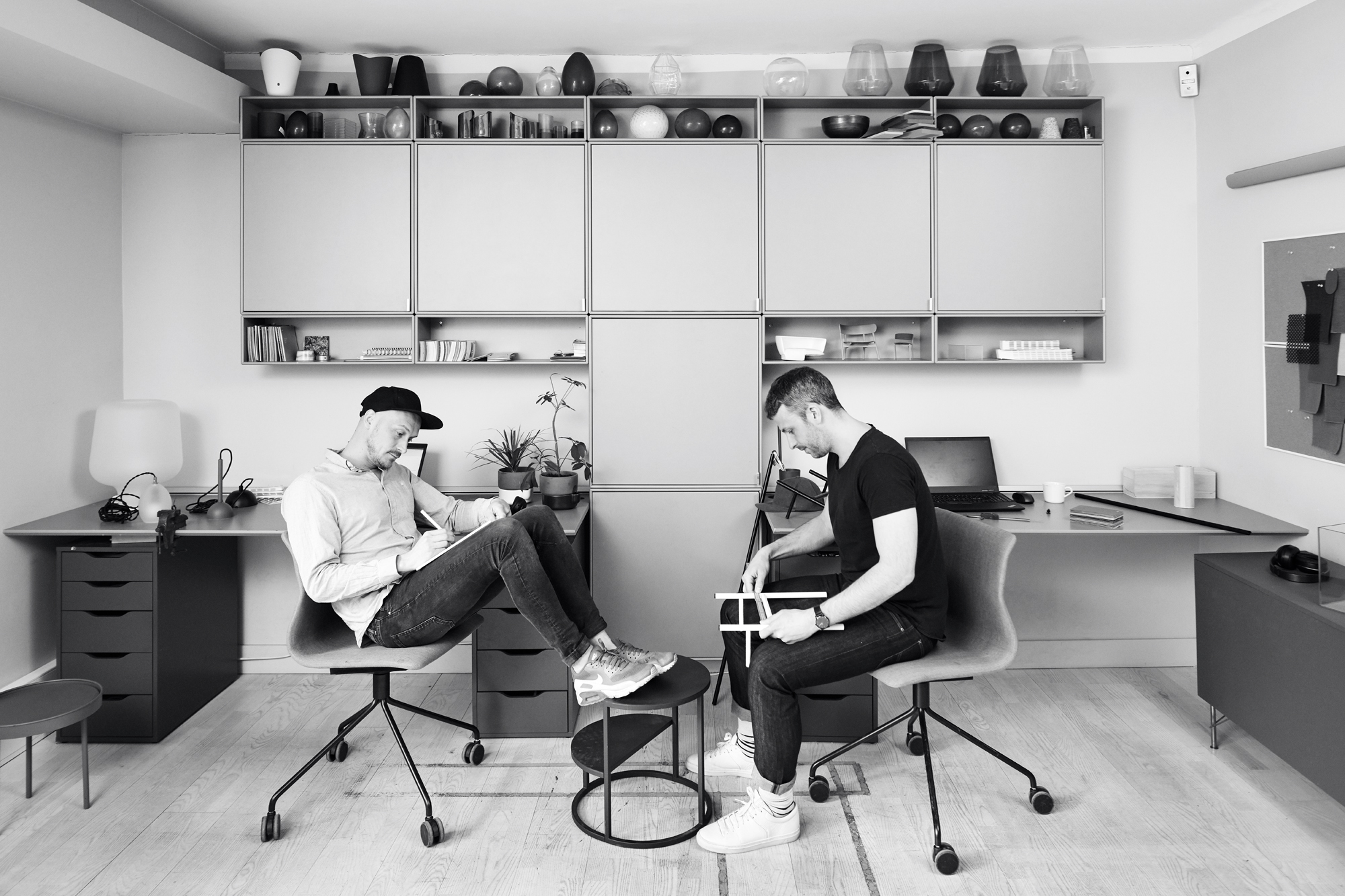